Last things, last times.  Some life events are marked by observances or ceremonies so that you remember them as being “the last.”  You may recall your last day in high school or the last Christmas your kids believed in Santa. 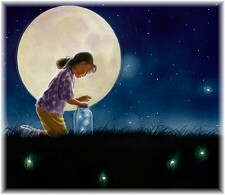 One of my favorite pieces of on running, I Remember Running, was written by Darcy Wakefield.  At 33, Darcy was diagnosed with ALS (Lou Gehrig’s disease), a fatal condition.  Before long, she was unable to run.  After recounting some of the places and times she had especially appreciated running in her life, she went on to describe herself as “continuously mourning running.”  Reflecting  back, she tells us she wished she had known those were her last runs because “I would have appreciated every hill, every post-run high, every minute my legs moved in that way we call running.”

Even for those of us who love running, there are days when we head out on our regular route with more of a sense of obligation than of joy.  Sometimes it is because the weather isn’t ideal, or we’d rather stay in bed, or accept that lunch invitation from a co-worker.  Maybe it’s because following a training schedule feels tedious or confining (‘but I don’t want to do speed work today!’)  Still, anyone with a “runner’s soul,” as Darcy Wakefield portrayed herself possessing, will soon miss running if laid up with an injury or otherwise prevented from running for too very long.

While I know that some run in my future will be my last, I am hoping it is in the far distant future.  In the interim, I try to remember to appreciate each day I am able to run.  Some days, when I particularly relish a run with a running buddy, I’ll tell them if that was to be my last run, I wouldn’t change a thing.  It’s my way of appreciating the gift.  Running makes my life more balanced and joyous.  Not running makes me crabby and sad. 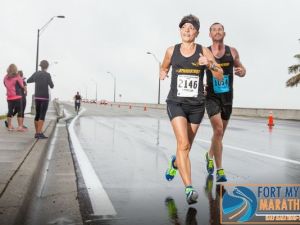 After she could no longer run, Darcy  Wakefield goes down to the beach near her home one night, takes off her shoes, and starts moving along the cold sand in circles.  She relates that if you had seen her, you wouldn’t have called what she was doing running.  Still, it was good enough for her, she explains.  She then goes on to confide what she was thinking that night as she gave thanks for what she was doing:  “We are so lucky to be able to do this, all of our nerves and muscles working together as we move ourselves forward to do this thing we call running.”

[A longer version of this piece was previously published in the Rapid City Journal and in A Passion for Running, by Scott Ludwig, 2009 iUniverse publishers.]

Join 702 other subscribers
Run w/ me on FB 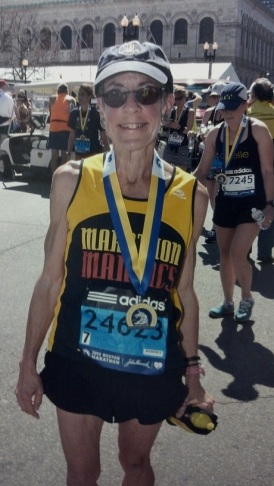